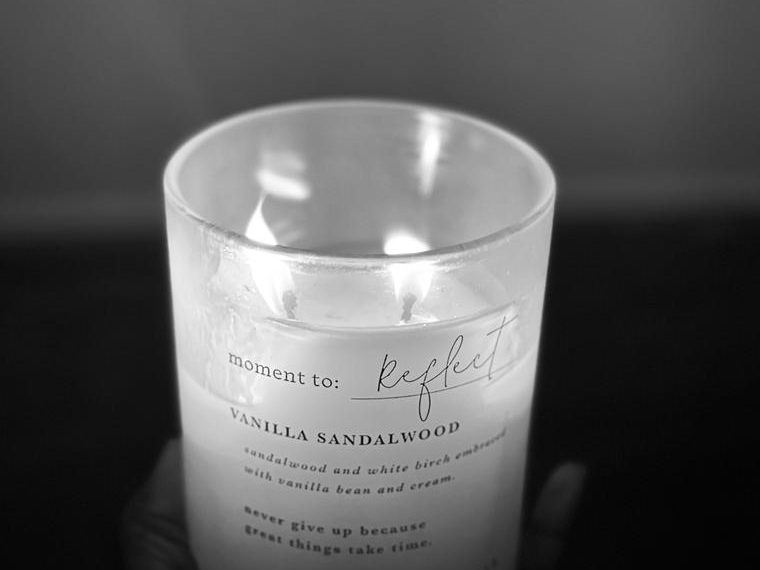 October 9th to 15th was baby loss awareness week – an opportunity for people to commemorate the lives of babies who died during pregnancy, at or soon after birth, and in infancy. Here’s our own story of loss and the roller coaster of emotions that comes with it all.

I found out I was pregnant on Fathers day (June 20, 2021) – I was exactly 4 weeks pregnant and we were very excited. 2 days later, I started cramping and bleeding, first dark spotting, then fresh blood. I panicked.

We went to the hospital but my husband, Tolu, was not allowed in with me because of Coronavirus restrictions. I was told I might be having a miscarriage and referred to the early pregnancy unit for a scan the next day.

At the early pregnancy unit, they did a transvaginal scan and then the doctor said something along the lines of, “we know you are pregnant but we can’t see any evidence of pregnancy in your uterus or tubes”. The diagnosis was “Pregnancy of an unknown location”. I didn’t even know that was a thing.

Pregnancy of unknown location usually means you are miscarrying or the pregnancy is too early to be seen or it’s an ectopic that’s too small. They usually have to do some blood tests to determine what’s going on.

I did some more tests, the level of Human chorionic gonadotropin (hCG) in my blood, the hormone that indicates pregnancy was low (35). They concluded that I was miscarrying and I was told to take another pregnancy test a week later to confirm it was negative. We were disappointed.

A week later, I took a pregnancy test and it was still very positive so against my best judgement, I became hopeful that maybe it was not a miscarriage after all, maybe they just didn’t find it because it was early.

I went back to the hospital and they still could not find it after another scan. I did another blood test and it came back with hCG at 64.  It had increased but hCG in a viable pregnancy should double every 48 hours so it definitely was not a viable pregnancy. The doctor explained that everybody is different and sometimes a miscarriage just takes longer to resolve. I started bleeding again.

I had blood tests every 48 hours, then weekly. It reduced very slowly and my HCG finally got down to 20 on the 16th of July. I was discharged because the hospital assumes hCG below 25 is not pregnant, although most home tests will still show positive. At this point, I was just mentally exhausted from it all.

About 8 days later, I did another pregnancy test because I was cramping and having some pressure like pain on my left side. The pregnancy test was positive, which was odd because I was doing the clear blue digital test with sensitivity set to only detect hCG at 25 or above.

I was surprised by this considering the previous blood test at the hospital showed hCG was 20 and blood tests are more accurate. I went to the hospital again, did another scan and it turned out it was actually a very small ectopic pregnancy that is not yet resolved. The HCG was also higher. I was scared.

In a comparison of bad situations, I felt like this went from bad to worse. An Ectopic pregnancy comes with worries about the risks for me and potentially needing a treatment plan if it does not resolve itself.

The doctor explained that the options were usually surgery, a drug called methotrexate which has a lot of side effects or expectant management where they just keep an eye out, keep doing blood tests and expect it to resolve itself. She explained that it was best to do expectant management as it was very small and hCG was low. There’s still a chance of rupture but hopefully small and to report back if I had increased pain.

A week later, I was bleeding again and another blood test on the 3rd of August showed hCG at 2 and I was discharged again. I took more tests at home for a few weeks which were all negative, thankfully.

I woke up recently thinking about the roller coaster of emotions that came with this – The initial excitement, then fear and confusion, then disappointment, then the glimmer of hope only to be disappointed again.

The sadness, wondering why me, worrying about the risk of a rupture, feeling disappointed but thinking about how a miscarriage as bad as it seems is even better than an ectopic and its attendant worries or possibilities of losing a fallopian tube.

The slight annoyance about how the world keeps moving even when your world is turned upside down, how dishes still need to get washed, preschoolers fed and laundry done. The odd need to work because I spent every hour outside of work googling scenarios against my better judgement and would rather not do that all day.

The feeling of gratitude that I am alive in a time where so many people have died from Coronavirus, that I can conceive because I know that’s not always quick or easy. The feeling of being blessed with such an amazing husband who has been a rock, a supportive family and a healthy 3-year-old.

The feeling of loss, loss of the excitement that comes with discovering you are pregnant because that discovery is now likely to be marked with lots of anxiety

The feeling of loss, of what might have been, the significance of 27th Feb 2022 that will now be marked with grief. The loss of a baby that was never seen…

I alternate between not wanting to talk about it at all to wanting to talk about it all the time because this happened, it happened to me. I share because this is part of my process of grieving and to raise awareness that this happens to women all over the world. 1 in 4 pregnancies end in miscarriage, 1 in 90 pregnancies are ectopic and I had both of them happen to me at the same time in an odd turn of events.

I am a Christian and faith in God has been my anchor. I know that all things will work together for my good. The song that comes to mind as I wrap this up is ‘Promises’ by Maverick City Music…

Though the storms may come and the winds may blow

And let my heart learn, when You speak a word

It will come to pass

From the rising sun to the setting same

I will praise Your name